The purpose of this site is to describe some of the projects I have been working on. They are mostly connected with electronics (particularly Arduino and Raspberry Pi based), (old) cars and DIY generally. Some are finished but many are on-going! Some work well but some have problems which need to be resolved. Hopefully, there will be something here of interest and, perhaps, even helpful to your project.

This site is, as you can see, under construction. It will (eventually!) replace my old site mr-r.co.uk, which has been going for quite a few years with over 250 pages of content. That site was constructed with Serif WebPlus X8 which was discontinued several years ago and thus is no longer supported. It also produced very messy html which is not a good thing. Also, my original site is http which nobody likes any more. So I am constructing a new https site. I can’t provide hyperlinks to the old site as this would upset my SSLs (probably) but you can still type in the address, it is perfectly safe! I can be contacted in the meantime on mr-r@mr-r.co.uk. 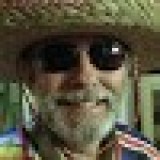 As a kid, my brother in law introduced me to electronics (he worked for EMI and Lyons who built there own computers and were pioneers in their use in business). I made valve receivers and amplifiers and later moved on to transistors and ICs. I studied physics at university but when I started work I went into conservation and restoration in museums and historic buildings. Later on I did a bit of teaching. On the way I did quite a bit of DIY around various homes, worked on cars including building a kit car. I became interested in computers including the first IBM PCs and the BBC 'B'. I later became interested in single board micros, latterly the Arduino and the Raspberry Pi. I love making things in wood, metal and plastic and if it's got some electronics, mechanism and motors involved, so much the better!